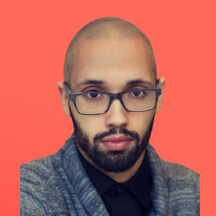 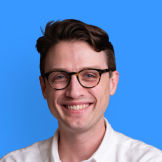 Almost any organization using Amundsen will need to make custom changes to their install. Unfortunately, this has been a long-time issue for the community (see this Slack thread). This post is the first in a step-by-step guide to getting a fully customized enterprise deployment of Amundsen¹, based on how Stemma deploys Amundsen for its customers.

This guide is intended for engineers at organizations intending to install Amundsen. If you’re an individual evaluating Amundsen, follow the installation guide instead, it will be much simpler.

To zoom out a bit, the aspects of a fully-managed Amundsen include:

This post will focus on #1. We’ll follow-up with guides for the rest in the future!

We want to hear from you how well this works for you in practice! Please find us on the Amundsen community Slack (we’re @Verdan (Stemma) or @dorian (Stemma), or email us at hello@stemma.ai

We’ve packaged this entire guide as a git repo that you can fork and immediately get to work². If you’re just starting out, or you’re not happy with your current Amundsen deploy set-up, we recommend just forking that repo and skipping the rest of these instructions.

Please star and report bugs if you run into any! We’re hoping to get some initial feedback from users, and if it’s well-received, we’ll work to bring this upstream into the Amundsen project.

The rest of this post digs into the rationale behind that repository we made the decisions we made, and to allow you to mix-and-match pieces if you’re modifying an existing Amundsen deployment, or are debugging the repo.

Our overall goal here is to create a structure to have deployable Docker images that allow for the range of configurations allowed by Amundsen. For many services, you could use the provided Docker images and configure via environmental variables. Unfortunately, that’s not possible with Amundsen today, for two reasons:

This situation has pros and cons. It means that even simple Amundsen installation will require at least some custom code. However, it also means that even for highly customized installs, it typically does not require outright forking, unless you add substantial new functionality.

We’ve observed that in most installs, users will need to customize the front-end to even get Amundsen ready for a proof of concept. Customizations to the metadata service or search service aren’t always immediately needed. However, we’ve found that it’s easier to set up this architecture up-front in one go, rather than making the change as-needed.

For each service, you’ll need:

There are three microservices: frontend, metadata, and search. Once you have those pieces in place, you’ll have something like this:

For the front-end, you’ll need a Typescript config file that’s copied into the build directory during Typescript compilation, named config-custom.ts. You may want to be able to modify specific files in order to do custom branding or other minor modifications without doing a wholesale fork. We've got you covered: there's a supported script to make this relatively painless named static_build.sh (thanks to Daniel Won for contributing that script). It copies the upstream and merges in all files from a folder into a new temporary folder before running the Typescript compilation. This means if you arrange the directory structure identically to the upstream structure, you can replace any js or css file at will:

That gives you the ability to overwrite any file wholesale. It doesn’t currently support patch files, so this can get annoying at scale. If you need to make major changes, fork the upstream repo and deal with the occasional merge conflicts. (Even better: contribute it upstream to the open source project, the community is very welcoming of patches 😄)

This setup results in Docker containers allowing an easy deploy anywhere you normally deploy containers. This workflow is compatible with most CI/CD pipelines; we use Github actions to rebuild all of these containers on each commit, then we push them to ECR. For Kubernetes, the Amundsen repo contains a Helm chart that allows you to easily swap in your prebuilt images, and it takes care of the rest. We’ll be back soon with info on how to use that!